Cambridge Financial Services, LLC recently completed an engagement to assist in the wind down of an electrical contractor named Linear Electric, Inc. based in New Jersey. The company filed a voluntary petition for relief under the Bankruptcy Code on July 1, 2015. Nicholas Jalowski, Managing Director of Cambridge Financial Services was retained by the Debtor as a Financial Advisor to assist with the wind down of the business. 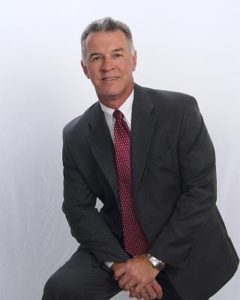 There was approximately $1.1 million of secured indebtedness owed to a commercial bank, and guaranteed by the owner of the business, that was in jeopardy of being primed by construction liens that would be filed by the Debtors suppliers. According to Nick, “This was an unusual and precedent setting case because we knew the suppliers were going to file liens once we started winding down the business. If the liens were allowed and upheld, they would jump ahead of the bank’s lien on the accounts receivable. The collection of the accounts receivable was being relied on to repay the bank. The owner and his professionals collectively decided to file the bankruptcy petition before commencing the wind down so that if the suppliers filed liens, it could be legally argued that the liens should not be allowed due to bankruptcy law.”

As expected, some of the suppliers filed their liens after the bankruptcy petition was entered. Attorneys for the debtor, Len Walczyk of Wasserman, Jurista and Stolz, P.C. and Edward Callahan of Lum, Drasco & Positan, LLC, went into Court and argued that the filing of a construction lien after the filing of the bankruptcy case, and pursuant to the New Jersey Construction Lien Law by a debtor’s subcontractor, is a violation of the automatic stay imposed by section 362 of the Bankruptcy Code and is void.  The United States District Court for the District of New Jersey affirmed a New Jersey Bankruptcy Court ruling and the construction liens were not allowed. (The case is currently on appeal to the Third Circuit Court of Appeals.)

As a result of the recent decisions, Linear Electric, Inc. was able to complete jobs, collect the amounts owed and pay off the commercial bank loan. Nick further commented, “In hindsight, the decision to wind down the company in bankruptcy was the key to attaining the desired result in liquidation, and not without its risks. This was a collective professional effort in laying out the most advantageous plan of action that worked. Other contractors should take note of this precedent if they are in a similar situation.”